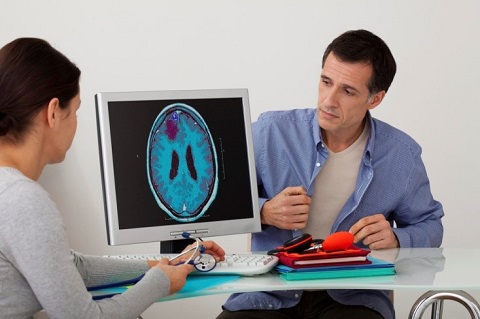 Epilepsy is a neurological condition characterized by repeated, unprovoked seizures. According to the World Health Organization, this condition affects over 50 million people worldwide. Its treatment primarily involves preventing and controlling seizures.

Previously, epileptic seizures were classified as “grand mal” and “petit mal” (when describing their scale) and “partial” and “generalized” (when describing their origin and direction of spreading the brain). While this manner of classification was generally helpful, clinicians realized that it was inefficient. This is mainly because the descriptions used were too general to capture many types of seizure, making it difficult to create an effective treatment and management plan for each unique case of epilepsy.

Recently, the International League Against Epilepsy (ILAE), the world’s main scientific body devoted to the study of epilepsy, has ditched the old way of classifying epileptic seizures and introduced a new, more effective one. They based this new classification system on these three critical features.

Area of the Brain Where the Seizure Started

Seizure occurs when the messaging systems between brain cells are disrupted because of a sudden surge of electrical activity in a certain area of the brain. Because the brain is made up of different parts, each having a unique set of functions, the area where the surge occurred and caused seizure is key to choosing the right medication. Currently, there are four classifications of seizures based on their origin—focal (starts in one side of the brain), generalized (starts on both sides), unknown onset (unidentified origin), and focal to bilateral (starts from one side and spreads to the other).

Level of Awareness during a Seizure

How people having a seizure must be given first aid and secured throughout the actual treatment in a medical facility greatly depends on their level of awareness. Classifying their condition based on their awareness during episodes of seizure will eliminate risks by allowing for quick, appropriate response. Unlike before when this aspect was not fully factored in during treatment, epileptic seizures are now classified as focal aware (awareness is intact), focal impaired (awareness is affected), unknown (awareness is indeterminate), and generalized seizures (condition is immediately presumed to affect awareness).

Other Features Not Described Based on Origin and Awareness

Apart from these two major aspects of seizure, there are other features that need to be factored into for a more precise and accurate diagnosis. For instance, there are symptoms in focal seizure, such as having an aura or a non-motor response, that occur before or at the beginning of the seizure attack. This is crucial in categorizing the condition and determining the best course of action.

With this new seizure classification system, the ILAE is hoping to see improvements in the diagnosis and treatment of epilepsy. You can expect a more in-depth consultation with your neurologist in Leesburg on you next visit. Reputable practices such as Neurology Associates in Dulles and Lansdowne keeps up-to-date on new developments in medicine.

Facts about Seizures and Epilepsy, epilepsy.com

Lou Gehrig’s Disease, or ALS: How a Neurologist Can Help
Scroll to top